One whole squad was captured and jailed. they’re 23-year-old guys 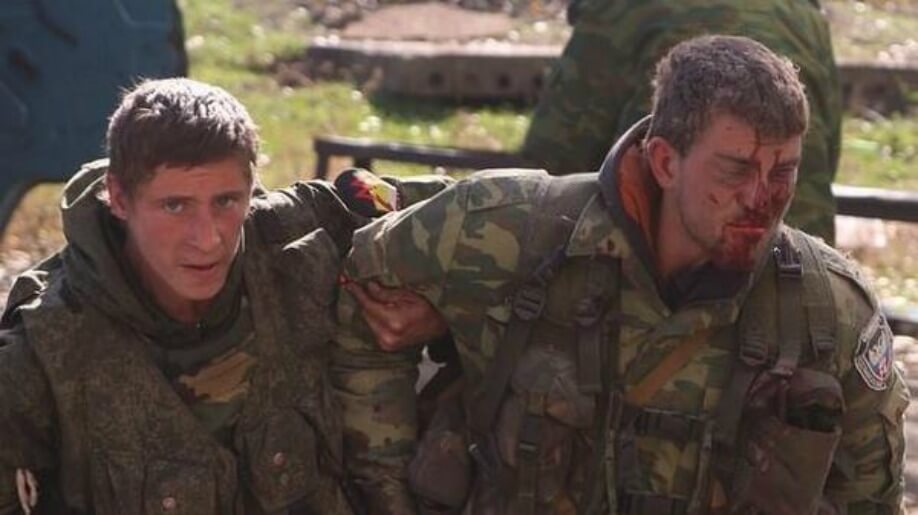 “When the airport terminal was blasted the roof collapsed and our guys were covered with the rubble from the wreckage. They yelled for help. They made it through the night. Those who had grenades blew themselves up,” thirty year old Anatoly Tkachuk tells horrible story about Ukrainian Cyborgs from Donetsk airport to Anna Bova.

He is serving in the 1st Tank Battalion, 93rd Brigade. On January 19th he was wounded near the Donetsk airport. He is undergoing treatment in a hospital. Anatoly is from Holdashivka village in Vinnytsia region. He was a tractor operator before the war. He is the father of two sons, four year old Artem and one-and-a-half year old Egor. He was deployed in Donbas at the beginning of September. He was in Iziuzm, Volnovakha and Tonenke. It was in Spartak, a village not far from the airport that he was wounded in the final battle.

“The guys get killed and the generals receive medals for sitting around at headquarters,” the young Cyborg says. “At the beginning when I was first conscripted things were pretty quiet. There weren’t many tank drivers so those of us who were tank drivers were moved around a lot. But we still had a chance to wash, to eat, and to rest for an hour or two in a bunker or a trench. The volunteers brought us food regularly. They left the food for us at the secure block posts. We took the food and delivered it to the guys. Phone connections were lousy but I was able to call home once a day. The last operation I took part in was in Spartak. We left for Spartak in four tanks. The 25th Brigade was to cover our rear. We arrived in our four tanks at the designated location only to discover that no one was covering us. It turned out that our stalwart commanders had recalled our cover. Ahead of us we saw lots of small green tanks. In the end we were defeated. One of the green tanks caught up with me at the fork by the airport. My tank was hit in the rear. One of our squads was captured. Twenty-three year old guys. Commander Dima Kostetskyi Zakharchenko was shown on TV. His head was all bandaged up and he was all black and blue. Bohdan and Vania were with him. They looked like they had been abused. We’re still searching for a guy who is missing. I don’t know exactly what happened to him. I saw him dying. I couldn’t pull him out because the shelling was so intense. One of our tanks that was still running was used to evacuate the wounded. Those who could walked. I walked approximately five kilometers with my squad. We expected help from our commanders but help never came. We called our superiors but no one answered or they just laughed into the receiver. Maybe our calls were intercepted by the separatists. I ran and prayed that I would see my children. Mines flew in the air, and missiles. We hid in some ruins. Yes, I was injured. The explosions destroyed a two storey building. It collapsed on us.”

Anatoly gets a lot of phone calls. He only talks to the guys who are still in Donbas.

“Guys who have been in other wars say this is the worst they have ever seen. The heavy machinery and tanks are old or inoperable. They can stop working in the middle of an attack. Often our guys tried to get help but help never came. Just like at Ilovaisk at the 32nd block post. We salute the president for such committed support and service. All those generals who have forgotten the meaning of strategy must be dismissed. There are good officers. Those who go out into the battlefield, who pull out the wounded, the unconscious. And there are those who just sit around in the dugouts.”

The Cyborg stops talking. He looks around. He tells me that the memory of the time he came under fire for the first time keeps returning.

“It was the first night in Tonenke. Around 2:00 o’clock in the morning our position was struck. Two shells exploded practically on top of us. The force of the explosion shocked and jolted us. We were flung out of the house it was so fierce. I remember the smell of ripped metal and the sparks flying in our eyes. One of my friends is still in a hospital in Kyiv with a cracked spine.”

After he is discharged from the hospital Anatoly he will have a short break. His documents were lost in the course of battle and he has to file for new ones to be issued.

That will be the extent of his break.

Original article in Ukrainian language is also availabe on gazeta.ua.