Home » Russia is not preparing an attack on Ukraine, we also do not expect provocations from Belarus – Defense Minister

Russia is not preparing an attack on Ukraine, we also do not expect provocations from Belarus – Defense Minister 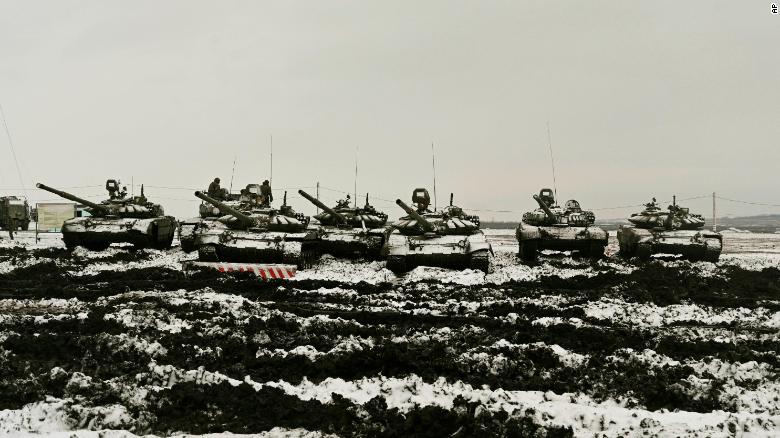 Ukraine neither records the preparation of battle groups by Russia for a military offensive on the territories controlled by Ukraine, either from Crimea or from other sides, nor expects provocations against itself during the Allied Resolve-2022 Russian-Belarusian military exercise. This was stated by Defense Minister Oleksii Reznikov at a briefing.

“Today, militarization continues in Crimea, the temporarily occupied territory of the peninsula is being used as a training ground. We observe both exercises, buildup and  withdrawal of units of the RF Armed Forces. But to date, the formation of battle groups has not been recorded, it is not happening in terms of preparing an offensive,” he said.

According to the minister, in general, there is neither a significant change on the borders with Russia compared to January 28, when he spoke in the Verkhovna Rada, nor formation of battle groups on the border with Belarus.

Reznikov stressed that Ukrainian intelligence is closely monitoring the movement of Russian forces and comparing them by exchanging data with the intelligence of Ukraine’s partner countries, and “the likelihood of a significant escalation is currently considered low.”

According to the Ministry of Defense, Russian units have about 115 thousand people of the ground component, taking into account those deployed in Belarus, the occupied part of Donbas and in Crimea.

The official also added that now six landing ships of the Northern and Baltic fleets of the Russian Federation are being redeployed across the Mediterranean Sea to the Syrian port of Tartus. At the same time, he did not rule out that in the future they could be sent to the Black Sea.

Speaking about the Russian-Belarusian exercise in Belarus, Reznikov noted that several thousand people are expected to take part in it – mainly from the Eastern and Central military districts. They are now being transferred to the west.

However, according to him, the Ukrainian security forces – the Armed Forces, border guards, the National Guard, the police and the Security Service of Ukraine, are ready for the development of the situation. At the same time, Reznikov declared that Belarus is “friendly” for Ukraine and that there are no reasons for military provocations from its territory.

“We are monitoring [the situation] in all five regions bordering friendly Republic of Belarus. Accordingly, we are adapted to changing realities. I want to emphasize, especially turning to our Belarusian friends: we definitely do not plan to carry out provocations against Belarus and do not expect provocations on their part, because we believe that there are no grounds for enmity and unfriendly misunderstanding between us. We would like Minsk to hear us,” the minister said.

He also expressed hope that the stay of Russian troops in Belarus would be temporary, and after the exercise was over, they would leave its territory, “because it is in the interests of the independence of Belarus itself.”

At the same time, the reaction of Ukraine (including at the president’s level) to the ongoing statements of the Western media and the leaders of the United States, the European Union and NATO about a large-scale buildup of Russian troops near the borders of Ukraine and preparations for a large-scale invasion comes down to the actual denial of such intentions of the Russian Federation.