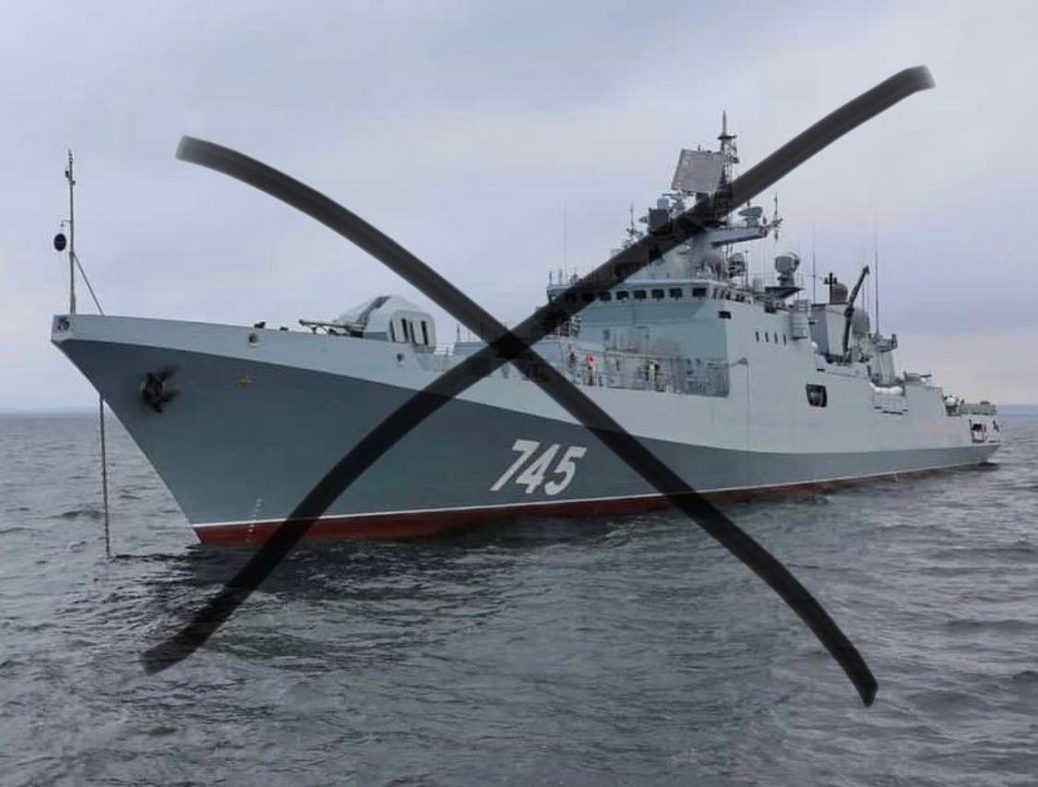 Boeing E-3A Sentry airborne early warning and control aircraft “cautiously peeked” into the Black Sea, and a US Air Force drone made more than one circle over the possible site of the Russian ship destruction.

Spy planes and a UAV from NATO conducted reconnaissance in the area where the Russian frigate Admiral Makarov had been ​​possibly hit by Ukrainian Neptune missiles. Defense News writes  about this, citing the Flightradar.

The reconnaissance was carried out by two Boeing E-3A Sentry airborne early warning and control aircraft, one Boeing RC-135W aircraft and an RQ-4 Global Hawk UAV.

According to Defense News, the Boeing E-3A Sentry only “cautiously peeked” into the Black Sea while the RC-135W and RQ-4 Global Hawk flew directly over it.

The drone made more than a circle. A similar activity of the RQ-4 Global Hawk was after the destruction of the Moskva missile cruiser – a spy drone flew into the Black Sea on the second day.

We will remind you that on May 6, the Dumskaya wrote about the destruction of a frigate near Zmiinyi Island, aircraft and other ships of the Russian Federation, which were sent from Crimea, could be seen there.

The Turkish channel TRT Haber later published a video from a UAV, which supposedly recorded the Admiral Makarov frigate after it was hit by a Neptune missile.

“The General Staff of the Armed Forces of Ukraine in yesterday’s report on the losses of the Russian invaders added one to the column of destroyed ships / boats.

Photos of the burning ship even appeared on social networks,” the authors commented on the following photo.

In the hospital of the Black Sea Fleet of the Russian Federation in Sevastopol, presumably, wounded servicemen were brought from the frigate Admiral Makarov, the defeat of which was previously reported by the Neptune missile, krym.reality reported yesterday, May 6th, 2022. In the Nakhimovsky district of Sevastopol, about 30 ambulances were seen within an hour on the streets of General Melnik and Rabochaya, report said.

MP of Ukraine Oleksiy Goncharenko announced the incident with the frigate in his telegram channel. According to Goncharenko’s preliminary information, the frigate is badly damaged, but remains afloat.

Today, the advisor to the head of the Presidential official Oleksiy Arestovich in his interview has denied rumors of a shipwreck of the Russian Admiral Marakov frigate.

The Russian command involved the Admiral Makarov in “combat missions” in the Mediterranean Sea. Since 2018, the ship was used in the military campaign in Syria and in February 2022, it launched missiles at Ukraine.

In the hospital of the Black Sea Fleet of the Russian Federation in Sevastopol, presumably, wounded servicemen were brought from the frigate Admiral Makarov, the defeat of which was previously reported by the Neptune missile.

Late evening, Operational Command “South” of the Armed Forced of Ukraine reported, that near the Snake Island, which is already becoming a legendary springboard for the enchanting reduction of forces and powers of the racists, airstrikes of the Bayraktars destroyed the Serna landing craft from the Tor air defense system, 2 Raptor assault boats, and another Raptor significantly damaged. 46 russians from the crew and landing party were deducted from the enemy’s manpower.

To remind, since the beginning of the full-scale invasion Ukrainian Army has destroyed 11 russian warships, including the most famous Moskva.